This is an historic church (built in 1868) that was converted into a retreat for crafters. The original joist system collapsed inside. However, the roof did not come down with it. In fact, the original 9,000 pound bell tower remained intact, but was in danger of collapsing, due to the loss of the supporting joist system. The challenge was determining how to shore up the building while preventing further damage and maintaining the integrity of the building.

When the joist system collapsed, it took down the drop ceiling system, HVAC duct work, and damaged the sprinkler system which caused secondary damage when the water flooded the building, including the bedrooms, kitchen, and bathrooms in the level below.

The insurance adjuster called us directly, because he knew this was a large and complex project, and not many companies could handle something of this magnitude.

We had the building shored up in 7 days from the initial loss. This is extremely fast, considering that structural engineers had to be called in to devise a plan, and considering the complexity of the work that had to be completed.

Using a heavy duty crane system, we were able to remove the historic bell tower and relocate it so it could be displayed on the property for public enjoyment of this historic landmark.

A new joist system was built and installed without removing the existing roof. This presented a unique challenge to the engineers and construction team, but went off without a hitch.

Custom trim and casing was built by our finish carpentry experts to match the original trim and casing and maintain the historic look of the building. A new drop ceiling, duct work, and sprinkler system was installed, as well as various structural repairs.

We were able to get temporary occupancy for the unaffected part of the building two months after the loss, and the entire project was completed in three months.

Customer Comment/Facebook post: “I want to give a big thanks to our CP Team and Wolgast for putting in the hours today to get CP2 put together again! We are ready for the group to arrive Sunday evening and look forward to sharing CP2 with you all again”. 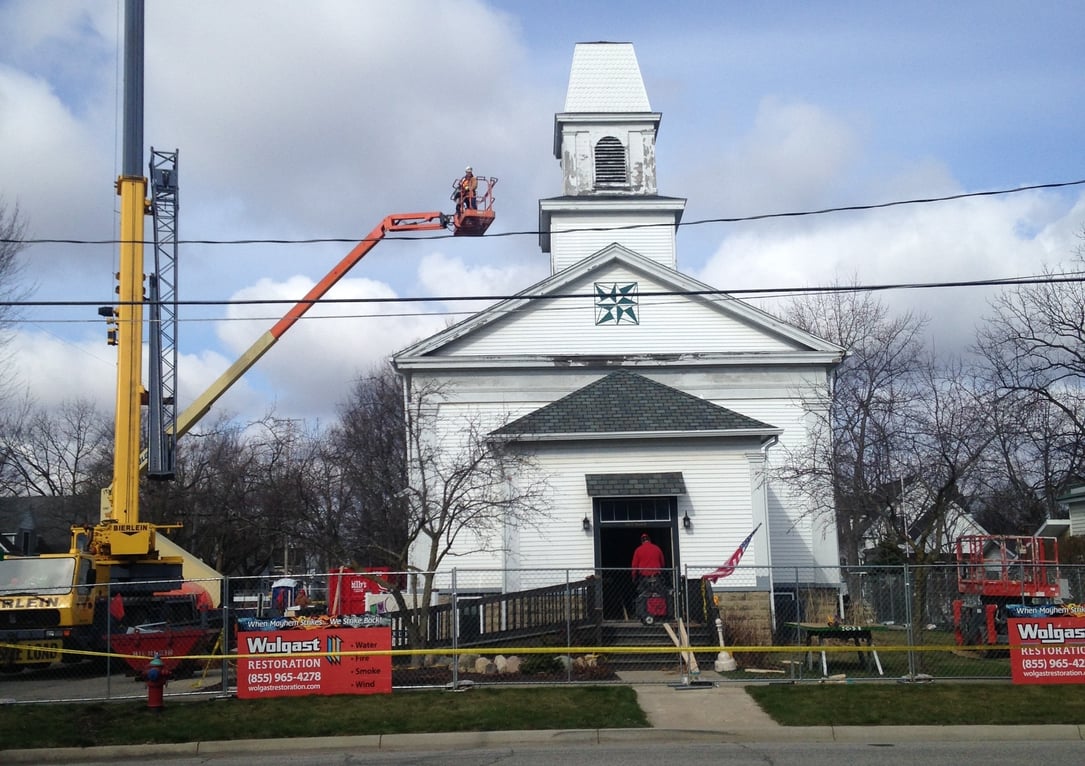 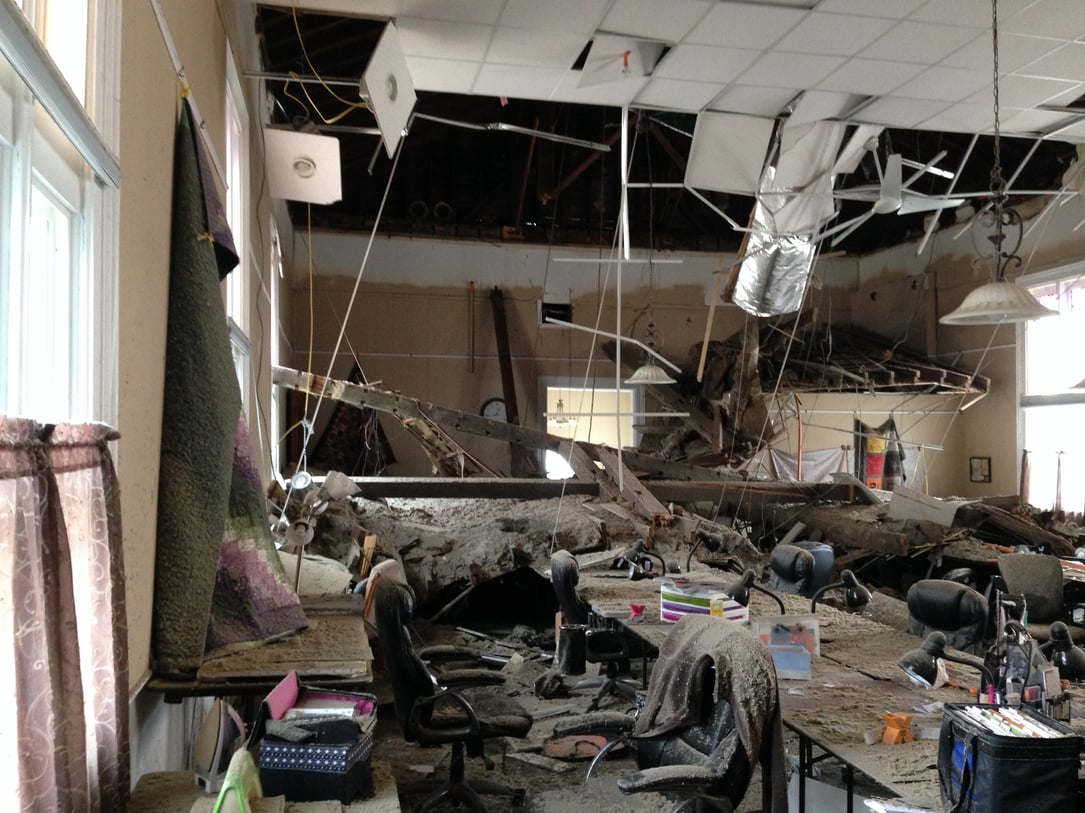 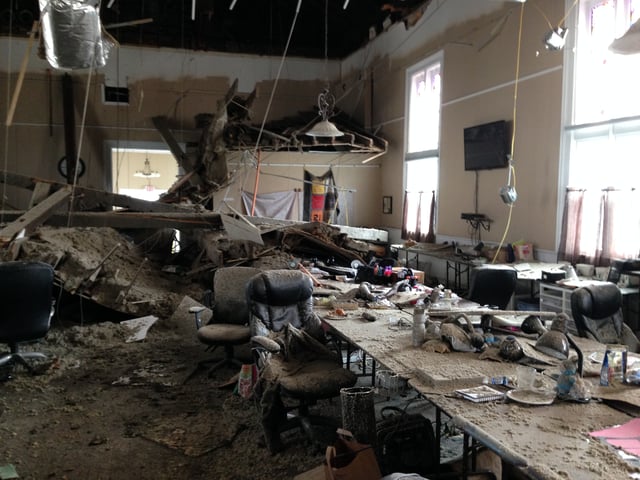 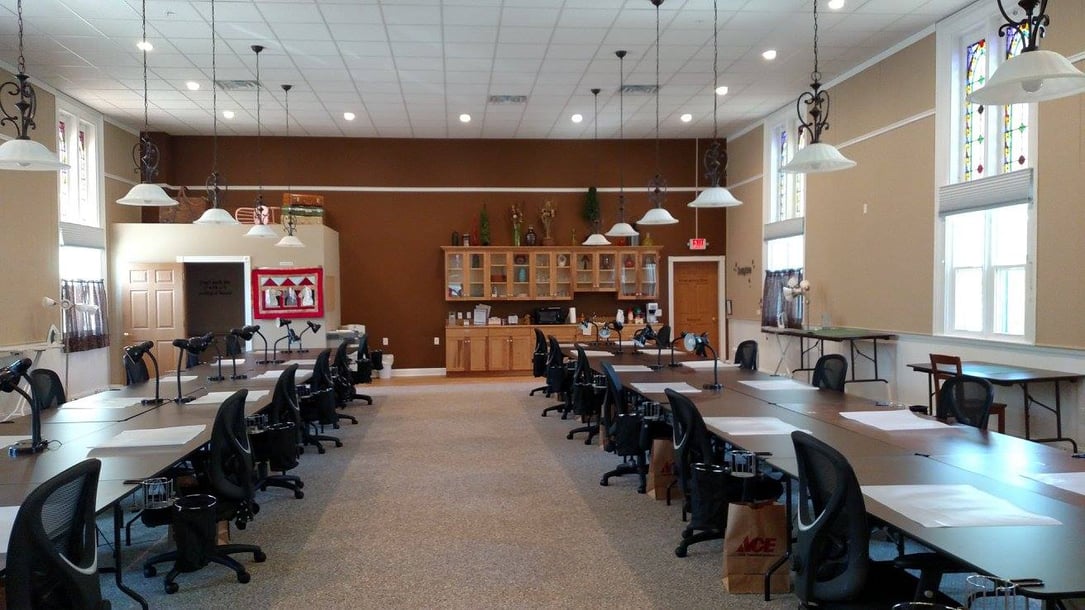 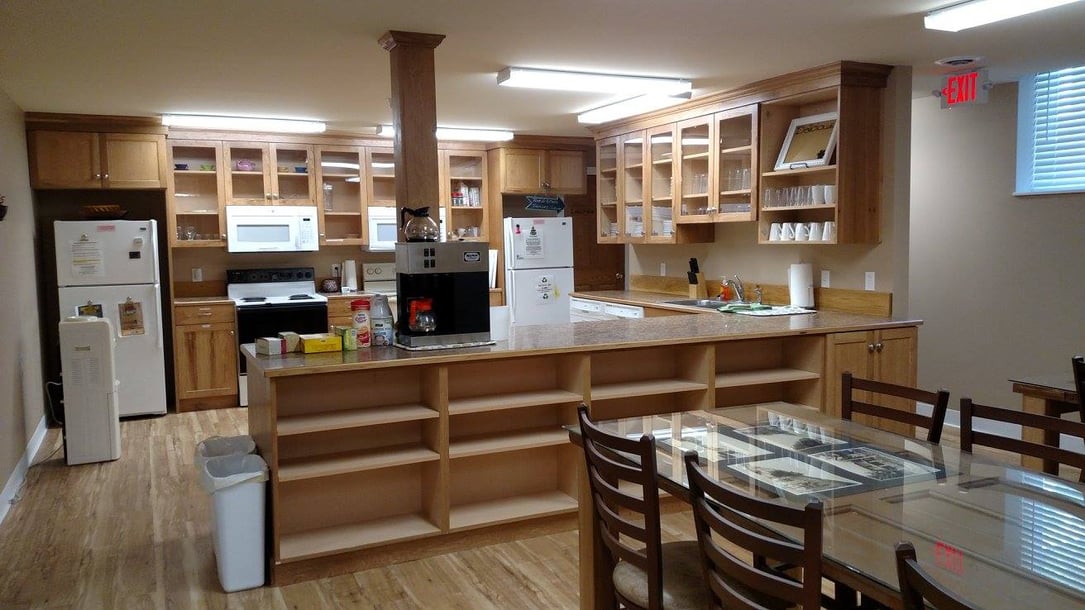